Just as bottled water sales in the United States have taken off in the past 10 years, single-serve powdered drink products that consumers can mix directly into their water have also followed a similar growth pattern.

All of which comes as welcome news to Neil Kozarsky.

“My favorite five words are ‘thank God for bottled water,’” said Kozarsky, president of Marlton, N.J.-based T.H.E.M. “We’re in an exploding market and every day I wake up and say those five words.” 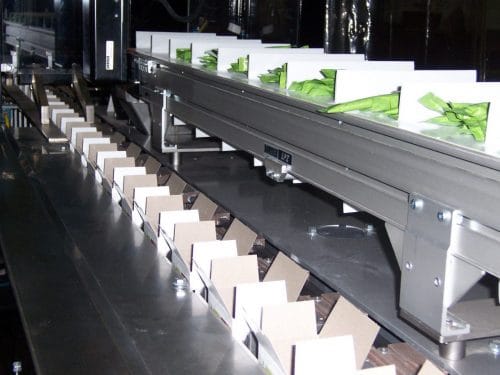 T.H.E.M., which stands for Technical Help in Engineering and Marketing, is one of the country’s leading stick packager of products for the food, beverage and healthcare industries around the world.

However, filling thousands of stick packs every day is no easy task, which is why T.H.E.M. turned to Dorner Mfg. and Yeaman Machine Technologies in 2007 to specially design an innovative new stick-packaging machine.

Although stick-packs had been widely used in Asia and Europe since the 1970s, they didn’t catch on here in the United States until the late 1990s, when a food manufacturer introduced a grab-and-go yogurt product in a tube.

T.H.E.M. was in a prime position to help launch the stick-pack popularity when in 1996, it became an exclusive U.S. partner with Sanko Stick Packaging, a Japan-based company at the forefront of stick packaging equipment. And since that time T.H.E.M. and its more than 50 full-time employees have filled millions of stick packs containing everything from sugar, baby formula, artificial sweeteners, and flavored drink mixes for several global brands.

One of the company’s strengths is being responsive to its customers, and it does that by performing all application engineering at its 40,000 square-foot Marlton facility.

“If you give me your sample powder today, by tomorrow you’ll have it in a package to take to your marketing meeting,” Kozarsky said. “Our goal is within five days, give it to you in a printed package, and in 10 days I can give it to you in cartons to do a sample sales run.”

To further help improve efficiency, the company looked at adding two new vertical cartoners from Yeaman Machine in summer of 2007. In other stick-packaging lines, T.H.E.M. employees would count up to 20 sticks at a time, depending on the order, and then pack them in a box on a moving cartoner that typically would be very long in length. This process often required in excess of 20 or more employees at a time to huddle around the cartoner picking, counting and packing sticks. The other downside of this type of cartoning line is that it requires a lot of change-part tooling and downtime to switch between different carton sizes.

“This design maintains the same production rate but with fewer employees, faster changeover times and a smaller initial capital investment due to the reduction in tooling costs.”

Each finished system features a 25-foot Dorner 3200 Series Z-frame conveyor attached to a CVC-600/1200 vertical hand load cartoner from Yeaman Machine. The conveyors are designed with one or two fixed angle points that allow the conveyor to accommodate a variety of height and angle requirements.

Stick-pack bundles are then moved on the conveyor up a 15-degree angle to the loading area, where up to six employees package them into boxes.

The Yeaman CVC-600/1200 Vertical Cartoner erects, seals the carton bottom and transports the carton around the load area with the Z-frame conveyor mounted above. On package orders containing 20 sticks, employees each grab two bundles of the precounted stick packs and load them into the passing boxes.

Packed boxes continue around the oval track on the vertical cartoner, where the top of the carton is automatically sealed before discharging onto a set of Dorner 2200 Series conveyors for marking and shipment preparation.

“The concept of using a 3200 Series Z-frame conveyor to bring in pre-counted groupings of products to the load area on a hand load vertical cartoner is a thought I had before, but never quite had the right application for it,”

Stock said. “T.H.E.M. is an absolutely perfect fit for this design and something we think would have merit for other customers with similar cartoning applications.” Stock said he uses Dorner conveyors because of the fast shipment, often just three to five days from time of delivery, and he can order a conveyor system built to his exact specification to best accommodate his customer’s needs.

“The equipment design is compact and fits nicely with our automated machinery,” he said. “Dorner conveyors are reliable and we never have any problems with them.”

Kozarsky said the Yeaman CVC-600/1200 has worked out great for T.H.E.M. by increasing production with fewer employees.

“We’re very happy with these systems,” Kozarsky said. “We could design conveyors ourselves, but what’s the use of that? Our staff can open the catalog and get what we want right away. This saves us time and saves our engineering for heavy lifting for when it’s really needed.”