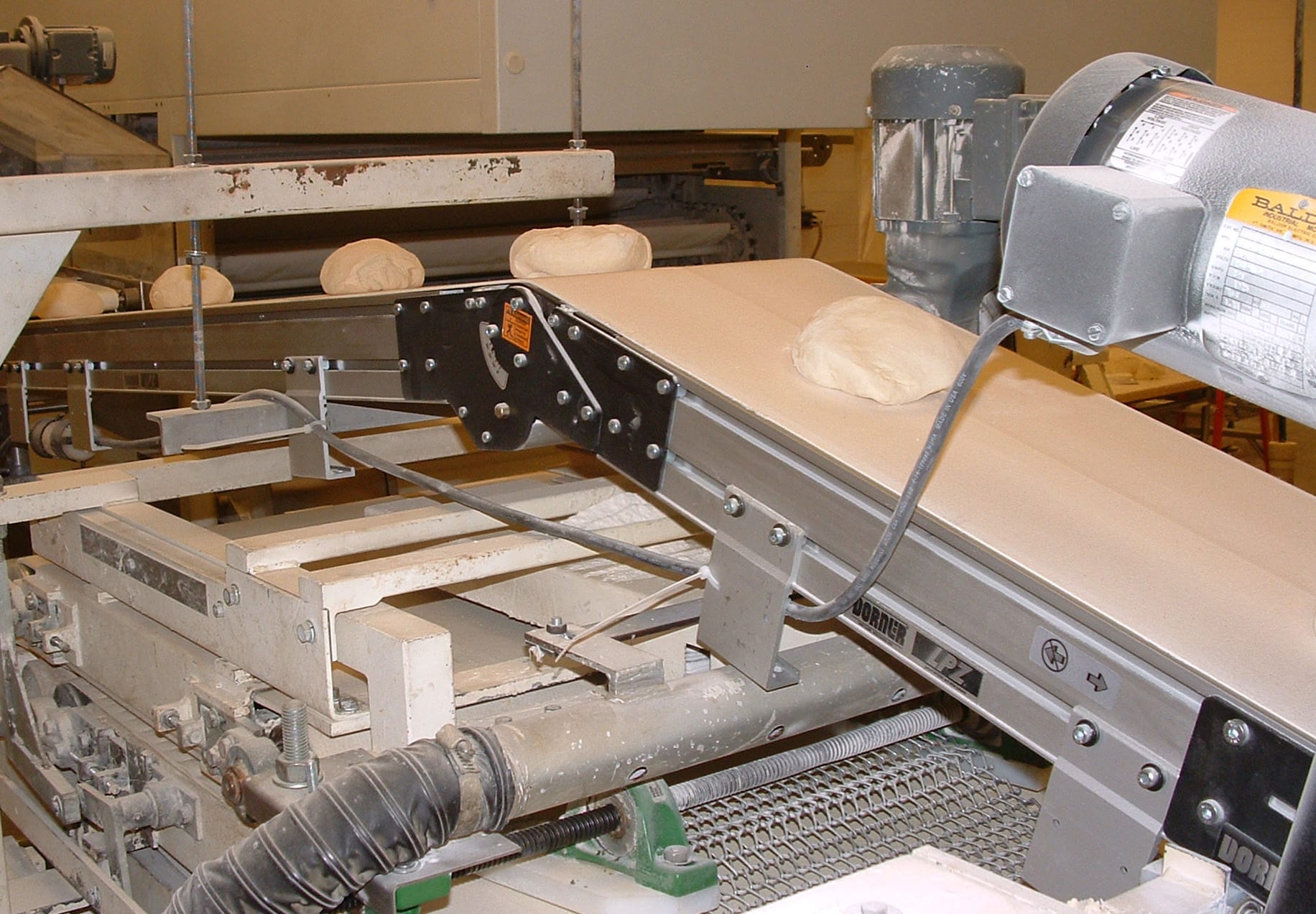 Back in 1996 Pittsburgh-based BreadWorks significantly streamlined its Kaiser roll line by installing new equipment and automating its process. The upgrade allowed a productivity increase from 60 dozen rolls an hour up to 480 dozen an hour, all while accomplishing the job with two employees instead of four.  Supporting the processing line was a set of Dorner 6100 Series conveyors installed in 2001. However due to the nature of BreadWorks’ application which calls for daily wiping and cleaning of conveyors, a new line of Dorner conveyors is proving to be a better fit for the baking company. BreadWorks, a 25-year-old baking company known in much of Western Pennsylvania for its artisan bread and more than 60 other varieties of fresh bread and rolls, took advantage of an opportunity to replace its 6100 Series with Dorner’s new AquaPruf line of sanitary conveyors. Introduced in October 2003, AquaPruf conveyors are the first conveyor platform offered by Dorner designed solely for the food and medical industries. AquaPruf conveyors are the lowest profile sanitary conveyors on the market. These stainless steel conveyors have over-sized, sealed bearings and can take high-pressure washings with water, soap, bleach, chlorine, alcohol or foaming chlorine cleaner without the worry of bearings or other important components corroding. After more than a half year of operation, the two new AquaPruf conveyors on its Kaiser roll line are showing promising results. 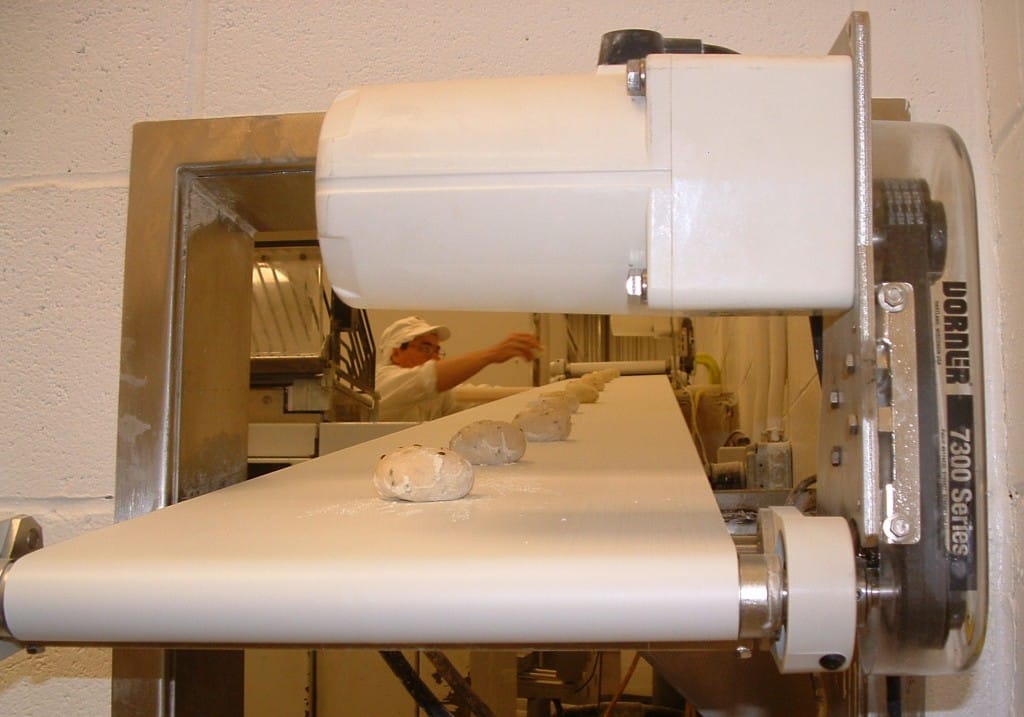 “That’s one of the things I like about Dorner is they are always improving and listening to any issues we have and trying to engineer an even better product,” said Dave Thomas, partner and supervisor of maintenance at BreadWorks. “Dorner has been responsive to our needs, such as with these new conveyors and the LPZ, and we appreciate that.”

Dorner’s LPZ Series conveyor also helped Thomas solve a problem a few years ago when he was having trouble with a baking machine that produces BreadWorks’ elongated products such as baguettes and split rolls. “The initial machine, the way it was from the factory, had an in-feed that was not treating the dough the way we wanted it to,” Thomas said. “The way the machine was set up it didn’t allow for a straight-line conveyor. So we were looking forward to being able to remove that one in-feed section.”

Thomas said with the machine’s initial setup they could not produce the proper length needed on the dough and the dough was becoming overworked. Even after it was cut into sections, the dough would snap back close to its original shape. Thomas said he and his colleagues spent several years tinkering with the system in hopes of getting it to where they wanted it to be. Change was finally in order as BreadWorks removed the machine’s in-feed section. But this step obviously opened up a new challenge – how to reroute the dough.