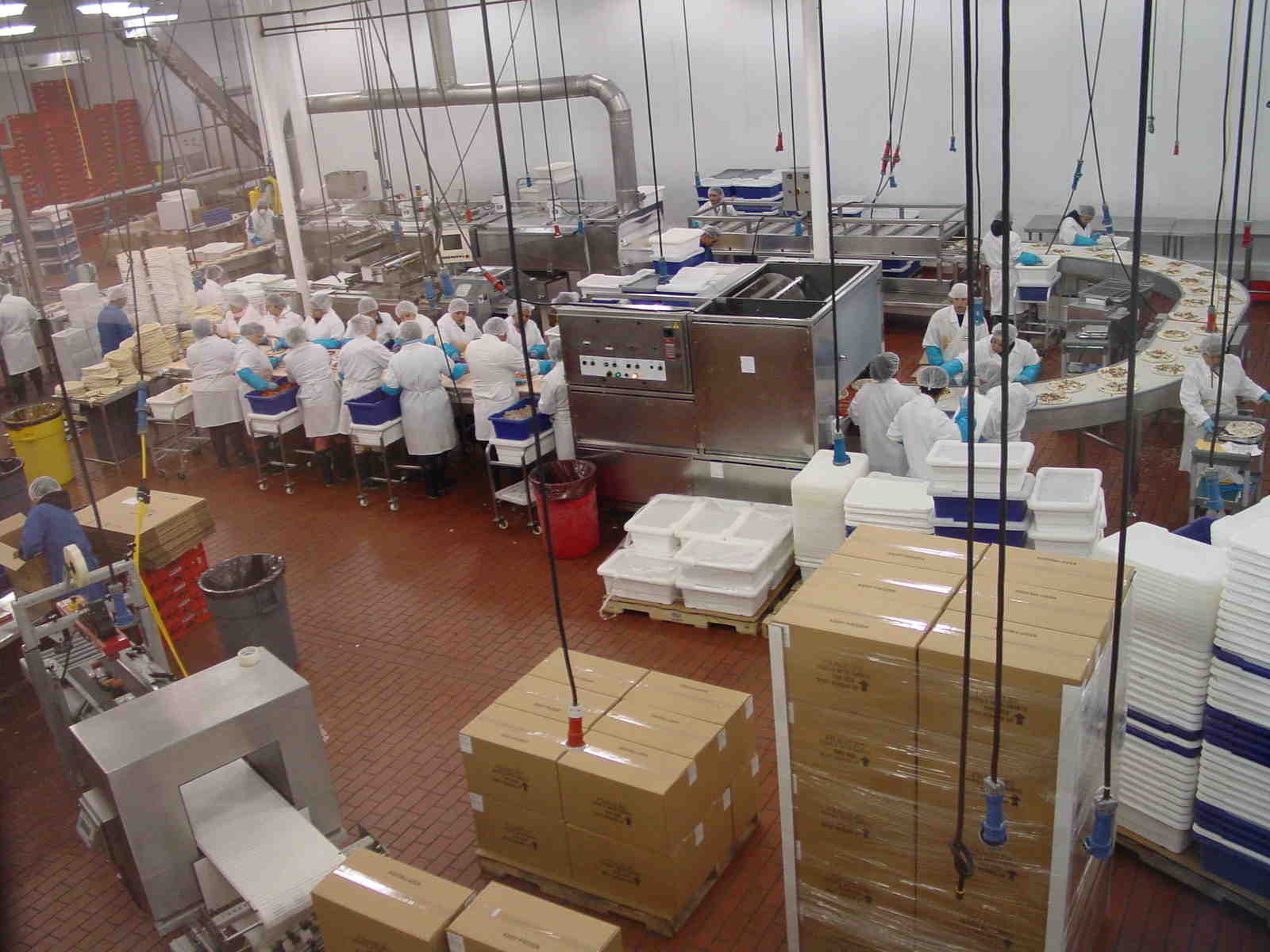 Integrated Food Services, a Gardena, Calif. – based food manufacturer, needed to add another processing line to accommodate increased business from a private label frozen pizza brand. That was the good news.

The tricky part was that Integrated Food Services wasn’t exactly sure when the private label officially planned to “order” the increase in its frozen pizza production.

“We knew the work was coming but didn’t know exactly when they planned to start,” said Paul Giuliano, president of Integrated Food Service, which also manufacturers food for a variety of public- and private-sector industries. “However, we knew when it did start, we’d have to respond quickly and ramp up production right away.”

The application design Giuliano laid out called for an 18-foot long, 3-foot wide conveyor that would act like a moving production table. As crusts move slowly along the conveyor, employees build the pizzas with everything from sauce, cheese, sausage, pepperoni and other toppings. From there, pizzas travel through a freeze tunnel before heading to packaging.

“The conveyor needs to accommodate several hand application stations to apply the toppings,” Giuliano said. “We also needed a conveyor wide enough so we could run three pizzas across.”

Topping thousands of pizzas every hour can get messy at times, so Giuliano needed a conveyor that was fast and easy to disassemble for cleaning. But before the first pizza could be topped, he needed to get the new line up and running right away when Integrated Food Services received the green light from their customer. Fast delivery of the conveyor system would be crucial.

So when he received the go-ahead in December, Giuliano sought the assistance of Mike Bruhns from Package Devices to deliver a conveyor system on time and on budget.

“Paul needed a sanitary conveyor quick,” said Mike Bruhns, a Dorner agent for Los Angeles based Package Devices. “He said he needed a conveyor to fit his application and be running in less than two weeks. They had heard about the new AquaPruf series and asked if we could deliver.”